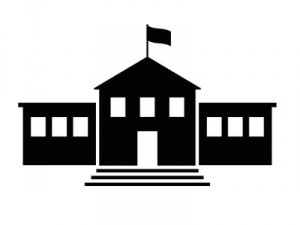 School administrators and legal practitioners across Pennsylvania and the nation are digesting the latest, and sometimes conflicting, developments when it comes to policy and practice concerning transgender rights.

The lead headlines have focused on the Trump Administration’s new joint Dear Colleague Letter, issued by the U.S. Department of Education and the U.S. Department of Justice, and dated February 22, 2017 (found at http://www2.ed.gov/about/offices/list/ocr/letters/colleague-201702-title-ix.docx). This new guidance supersedes the Obama Administration’s Dear Colleague Letter issued less than ten months earlier on May 13, 2016 (found at https://www2.ed.gov/about/offices/list/ocr/letters/colleague-201605-title-ix-transgender.pdf).

The bottom line on the new guidance: this latest Dear Colleague Letter withdraws prior federal agency interpretation that the term “sex” in Title IX includes gender identity, and indicates an intent to “further and more completely consider the legal issues involved.” Meanwhile, it reminds schools that they have a continuing duty to “ensure that all students, including LGBT students, are able to learn and thrive in a safe environment.” The guidance also calls for “due regard for the primary role of the States and local school districts in establishing educational policy.”

Even as practitioners were working through these developments, the United States District Court for the Western District of Pennsylvania issued a preliminary injunction on February 27, 2017 in Evancho v. Pine-Richland School District. In this case a federal judge issued a preliminary injunction, and prohibited a school district from denying three transgender students access to, and use of, the district’s communal restrooms consistent with the students’ gender identities. The case also suggests that the Equal Protection Clause may be a viable legal path for transgender students, rather than Title IX. This case also appears to be the first to address the withdrawal of the Obama DOJ/DOE guidance.

While the Evancho court found the school district liable for not treating transgender students equally to non-transgender students, the court also said that given the conflicts in federal agency guidance, Title IX claims may be up in the air:

“Put plainly the law surrounding the Regulation and its interpretation and application of the Title IX claims relative to the use of common restrooms by transgender students, including the impact of the 2017 Guidance, is at this moment so clouded with uncertainty that this Court is not in a position to conclude which party in this case has the likelihood of success on the merits of that statutory claim.”

Looking nationally, the ultimate guidance was expected from the U.S. Supreme Court, as it reviewed a similar case out of Virginia in Gloucester County School Board v. G. G., in which the Fourth Circuit upheld the right of a transgender student to choose a bathroom facility. However, on March 6, 2017, the Supreme Court vacated the judgment and remanded the case “for further consideration in light of the guidance document issued by the Department of Education and Department of Justice on February 22, 2017.” So it will be up to the lower courts, for now, to sort through the impact of the new Trump Administration guidance. The Supreme Court case docket updates can be found at: https://www.supremecourt.gov/search.aspx?filename=/docketfiles/16-273.htm.

It is a fast moving environment at the local, state and federal levels. Stay tuned. For more information or guidance, please contact Andrew Rau (arau@utbf.com) and Amanda Sundquist (asundquist@utbf.com) in our West Chester offices.