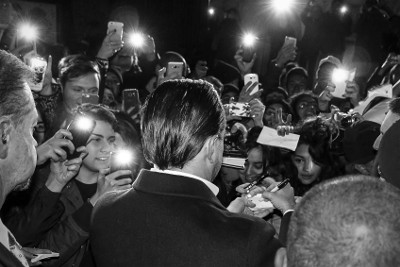 But seriously, if you make millions or tens of millions of dollars each year as a sports figure, actor or musician and you have a complicated personal life, you’d think that they might want to make sure where the wealth goes when they die.

The truth is that many celebrities make terrible mistakes and we can learn from these debacles and get our own affairs in order.

So what are some of the most common celebrity estate planning mistakes and how do we avoid them in our own lives?

Mistake #1: Not having the basics – a will, trust, living will, and a durable power of attorney (for finances)

Depending on the age bracket and study you look at, over half of Americans don’t have a valid will, and of those who do, over 36% report that the will they have is “out of date.”

But surely, wealthy celebrities must focus on this and do better!

Famous people who have died throughout the ages, and without a will, include: Abraham Lincoln, Martin Luther King, Jr., Bob Marley, Prince, Sonny Bono, Jimi Hendrix and Pablo Picasso, Steig Larsson (Author of Girl With The Dragon Tattoo), Michael Jackson, Howard Hughes, and most recently Prince.

Not having a will (which you need even if you have a living trust) often results in a number of potentially disastrous consequences.  These include, but are not limited to, the fact that assets may not be distributed in the manner in which you would have liked.

Why? Well, state intestacy laws will apply, and dictate who gets what share of the estate and when they get it.

Assets might also be eroded by family lawsuits and litigation. According to Trust and Estates attorney Dave Frees, “Whenever a person dies without a will the likelihood increases that family or other litigation will commence to clarify or dispute what is to happen.”  Frees also added, “To make matters worse, most states’ laws provide that minor children and grandchildren get the inheritance at the age of 18 when you die without a will.  This rarely ends well.”

Mistake #2: Not having a current will and updating it regularly

We hate to think about it, but signing a will is only the beginning of the process.  Frees suggests that “regularly reviewing changes in your life, the law, and when necessary, updating estate planning documents and beneficiary designations is vital to making sure that your real wishes are carried out.  How often is that?  According to Frees, most people should review their estate planning with an attorney every three to seven years.

“For most of us, our personal circumstances and the laws have changed enough after five years to warrant a review. However, having more children or grandchildren, buying more life insurance, receiving an inheritance, marriages and divorces all make a revision more likely.”

Dave likes to point to the estates of singer Barry White and Thomas Kinkade, the painter.  “Barry White was separated but not divorced from his second wife at the time of his death.”  His wife got everything, while White’s live-in girlfriend of several years got nothing.

Another good example is the failed estate planning update by the painter Thomas Kinkade whose wife and girlfriend are still fighting over his sixty million dollar estate and whether his handwritten and almost illegible will revoked the will prepared by his attorney.

Bottom line according to Frees?  “Make sure to review not only your will and trust, but also your beneficiary designations, and how your assets are titled every few years.  It’s worth it.”

Mistake #3: Not planning for estate and inheritance taxes

Even if your wealth falls under the federal estate tax threshold — in 2016, up to $5.45 million per person is exempt — it may be subject to state inheritance taxes (between 4.5 and 15% in Pennsylvania). And, as Dave Frees notes, “you can make mistakes related to income taxes that affect your heirs as well.  An appointment with the right lawyer could save heirs many tens of thousands of dollars or more.”

Poor planning (or failure to plan and update) could, therefore, force your heirs to sell valuable or sentimental items because they don’t have the liquid assets to pay those taxes, said Frees.

“You’d think that a former Supreme Court Justice would get this will and tax planning thing right. But no.”

Frees also cited Forbes magazine, “He tried to write his own will in 176 words but his family may have paid the price for his brevity with over $450k in estate taxes and court fees that could have been avoided.”

Shorter is not always better when it comes to a will and tax planning.

Mistake #4: Not providing for a clear way of distributing personal property

“It’s vitally important to make sure that your will clarifies not only who gets your personal effects but also how the taxes on those items are to be paid.”  Dave Frees

Individuals often fail to account for personal property in their estate planning, which can generate plenty of fights (both personal and legal battles) over family heirlooms, collectibles and other items of sentimental value.

Even when such items are mentioned, Frees said, “it can be difficult for heirs to deal with the issues of who pays the taxes associated with these items.”   Does the estate pay or does the recipient?  Well, according to Frees, these battles can be eliminated with a clear clause on personal items and a good and clear tax clause.”

So let’s learn from the mistakes of the rich and famous.  It’s generally quite simple to get an effective will done. According to Dave Frees, “We have a process that requires you to fill out an estate planning diagnostic tool.  But once that’s done it often takes only one appointment to do the planning and one to review and sign it.”

“Reviews and updates are even easier.” said Dave.

And while it does cost something to get these plans set up and to update them (every three to seven years), the savings should more than offset those costs.  And you’ll know that the odds favor a well thought out and updated plan being carried out as you desire.

Visit http://www.paestateplanners.com/reports/ to access reports that are available free of charge that will help you with your own estate planning decision making.