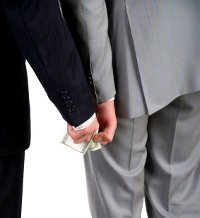 For a creditor, obtaining a judgment against a debtor is only the first step to recovering a debt owed.  Executing on that judgment is the next, trickier step to satisfying the debtor’s obligation.  The creditor must find the debtor’s assets in order to levy, attach, and garnish them.  However, occasionally, when dealing with a sophisticated and savvy debtor, the creditor will find that the debtor has transferred some of his assets so that there is nothing left for the creditor to execute against.

For example, a bank confessed judgment against a corporate borrower and its individual guarantor in the amount of $470,000.  A few days after the judgment was entered, the guarantor deeded title to his 50 ft yacht to his wife, who was not a judgment-debtor. In trying to collect the judgment 30 days after it was entered and notices were served, the sheriff was dispatched to levy upon the yacht, only to learn of the transfer to the wife.  Investigation revealed that the yacht, worth over $500,000, was transferred to the wife for no consideration.  The bank considered the transfer to be fraudulent and brought an action against the guarantor. This was an actual case that occurred in 2006 in Delaware County.

A transfer to defeat the rights of creditors violates civil statutes known as the Pennsylvania Uniform Fraudulent Transfers Act, (PUFTA) 12 Pa.C.S.A. § 5101 et seq.  PUFTA grants a statutory remedy to creditors where a debtor has acted to hinder his creditors and identifies several factors for scrutinizing transfers as fraudulent to creditors.

To ascertain actual intent, a court will consider whether:

If you are a creditor and you believe that your judgment-debtor may have transferred assets fraudulently, the law offices of Unruh Turner Burke & Frees may be able to assist you with you claim.  PUFTA limits the period in which you can bring your claim to four years from the date of actual or constructive notice of the fraudulent transfer.