In the past month the estate tax has been back in the limelight.  As most of you know, in December of 2010 President Obama signed the Tax Relief Act of 2010. Prior to the ratification of the present law, the federal estate tax was repealed for the 2010 tax year.

There has been rampant speculation as to what will happen when the present law is set to expire at the end of 2012.  Some say the estate tax will revert back to the 2001 exemption rate of $1 million and a tax rate of 55% others say this Act was the beginning of the end for the federal estate tax and still others believe the law will stand at the present exemption and tax rate.

Recently, President Obama addressed this very issue. On the final stop of President Obama’s three state Midwest bus tour in Alpha, Illinois someone asked about the future of the estate tax.  The President addressed her and many others’ concern over what will happen for 2013 and beyond.

The president explained that at the end of 2012 the estate tax does not have to go back to the 2001 rates and that there is a compromise being discussed that would put the estate tax exemption at $3.5 million per person for a potential total of $7 million per family. This mid level proposal would exempt a large segment of the population, but would still serve to tax the “wealthy.”  This statement by the President is by no means a definitive word on what will transpire at the end of 2012.  It is nice to get insight into his thoughts and to know that the topic is being discussed.

The final disposition of the Federal Estate Tax law will be important to you and the planning you have done under your will and/or trusts. Maintain your vigilance on this topic so you can ensure that your estate plan reflects the most current law and you get the most out of any changes that are made at the end of 2012.

As the war on the federal estate tax rages on let me know what you think?

Do you think President Obama’s compromise of an estate tax exemption of $3.5 million per person for a potential total of $7 million per family is fair?

Do you think the federal estate tax should be repealed for good or that the tax should apply to more people at higher rates?

To read the full transcript of President Obama’s answer to a question about the estate tax on the last stop of his bus tour in Illinois click here.

Stay tuned for updates on the future of the federal estate tax and what that means for you, your will and/or trusts. 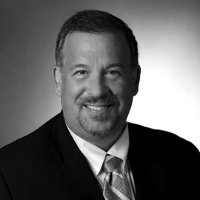