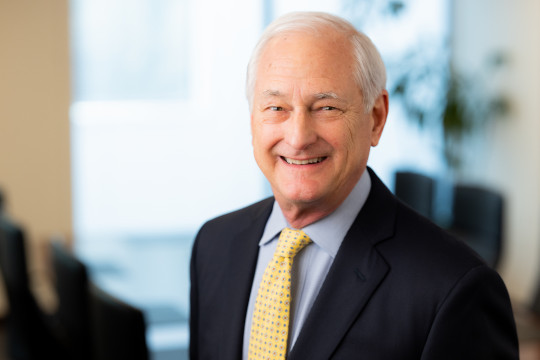 Ross A. Unruh, a founding member of Unruh Turner Burke & Frees, has been practicing law for over forty-five years. During that time, he has focused his law practice in the areas of land use, municipal, and school law. He has represented land developers and land owner applicants, townships, zoning hearing boards, and municipal authorities. Since the mid-1970’s he has been involved in the representation of the West Chester Area School District, East Bradford Township, Pocopson Township and the West Goshen Sewer Authority.

Named a “Top Lawyer” by Main Line Today magazine, Ross received a preeminent “AV” rating from Martindale-Hubbel, recognizing his superior legal ability as judged by his peers. In addition, Ross has been listed in Pennsylvania Super Lawyers multiple times, as well as among the 2019 Best Lawyers for Land Use and Zoning Law.