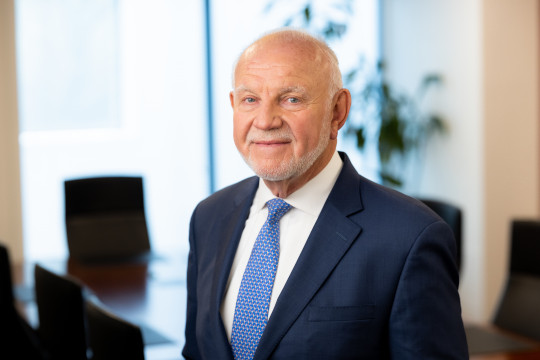 Steve is called upon by private parties, including Fortune 50 companies, and the judiciary to serve as both mediator and neutral arbitrator in commercial, injury and probate cases. Steve’s extensive training in alternative dispute resolution builds on advocacy skills honed over more than four decades, both in and out of the courtroom.

Regardless of the difficulty or complexity of the matter at hand, Steve is an active listener who seeks to fully understand all aspects of a dispute before working with the parties to fashion a workable solution. Steve’s people skills and sensitivity to the human emotions underlying contention enable him to be an empathetic sounding board for all parties involved. Notably, Steve is at his best when helping parties through even the most contentious and seemingly intractable acrimony.

Steve is also able to account for, address, separate himself from, and move beyond the emotional components of a dispute in order to serve as a catalyst for realizing a compromise that can work for everyone. Able to establish immediate rapport and patient when working through issues of all kinds, Steve knows the law and the rules of evidence. Ultimately, he helps parties focus on how juries and judges are likely to apply both to the facts at issue.

Steve received the preeminent “AV” rating from Martindale-Hubbell in 2000 and every year since, recognizing superior legal ability as judged by his peers. He has also been selected for inclusion in the “Pennsylvania Super Lawyers” listing in eight of the last nine years and has been named a “Top Lawyer” by Main Line Today magazine over multiple years.