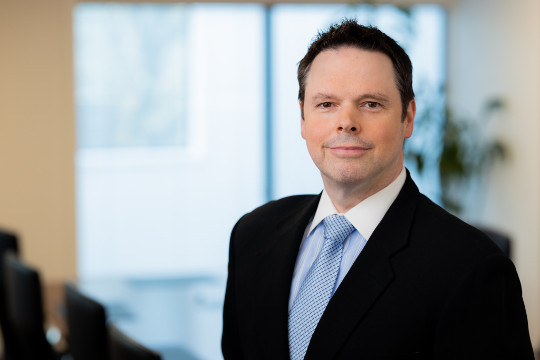 Shareholder and Co-chair of the firm’s Litigation Department, Brian focuses his practice on labor and employment law matters, day-to-day counseling, and the resolution of serious disputes and complex litigation. He advises employers on such issues as trade secret protection, wage and hour compliance, pre-employment screening, employee drug testing, the implementation of employment and social media policies, and leave under the FMLA. Brian serves as counsel to businesses and other employers of all sizes, who rely on him not only for his legal acumen and business intelligence, but also for his proven problem solving skills and the workable solutions he consistently provides to the distinct people problems they face.

Whether on attack or defense, Brian frequently serves as the firm’s “go to” litigator for high-stakes claims involving the resolution of complicated disputes. He delivers significant experience and a proven track record of success in litigating a variety of commercial and employment-related actions, such as those involving discrimination and wrongful discharge; restrictive covenants and employment contracts; wage and hour disputes; protection against the dissemination of company trade secrets; and shareholder disputes. Brian is known for his absolute dedication to preparedness, tireless work ethic, ability to remain calm when faced with serious and seemingly inextricable contention, cogent arguments that are both persuasive and effective, and aggressive advocacy when and where it is needed most. Brian has demonstrated time and again that he is able to analyze subjective circumstances and difficult scenarios that are often infused with intense emotion to position his client for the best possible result.

An adjunct professor in labor and employment law at Villanova, Brian has been repeatedly named a Pennsylvania “Rising Star” and included among Philadelphia Magazine’s “Pennsylvania Super Lawyers” every year since 2014. He earned an preeminent “AV” rating from Martindale-Hubbell, recognizing his superior legal ability as judged by his peers, and has been consistently included among the “Top Lawyers” for labor law by Main Line Today magazine.

A founding member of Commercial Dispute Solutions, a Pennsylvania non-profit corporation formed with the encouragement of the Chester County Bench as a means to provide mediation and arbitration services for various types of commercial disputes, Brian is also called upon to mediate and arbitrate disputes in service to the greater community at large.