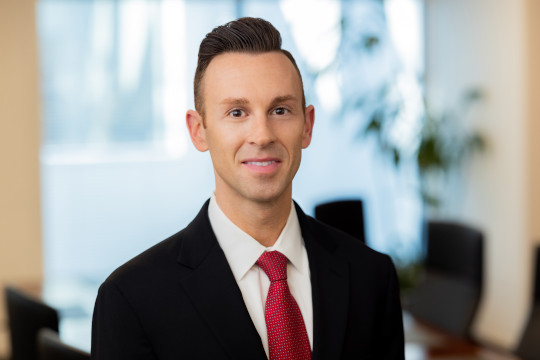 Ryan Jennings is a partner in the Firm’s Zoning & Land Use and Municipal departments. In addition to those primary areas of professional focus, Ryan’s legal experience and interests also include appellate, governmental and litigation matters.

Private, corporate, and municipal clients have all been well-served by Ryan’s legal representation. Ryan has appeared before hearing officers, magisterial district justices, and judges of the Courts of Common Pleas, the Commonwealth Court of Pennsylvania, the Superior Court of Pennsylvania, as well as Pennsylvania’s Federal Courts. Ryan additionally appears regularly before municipal bodies, such as Boards of Supervisors, Zoning Hearing Boards, and Planning Commissions.

Ryan has been recently and repeatedly recognized as a Main Line Today “Top Lawyer” in Municipal Law, as well as being selected for inclusion in the Pennsylvania Super Lawyers “Rising Star” list for Land Use & Zoning law. Clients and colleagues alike appreciate and value Ryan’s efficient, responsive, and strategic approach to their legal needs. Ryan takes great pride in providing comprehensive legal representation through the use of thorough preparation, coupled with zealous advocacy.

Outside of his legal practice, Ryan, a lifelong resident of Chester County, enjoys staying active and volunteering his free time within the community, as well as participating in a various fitness and sporting-related activities.