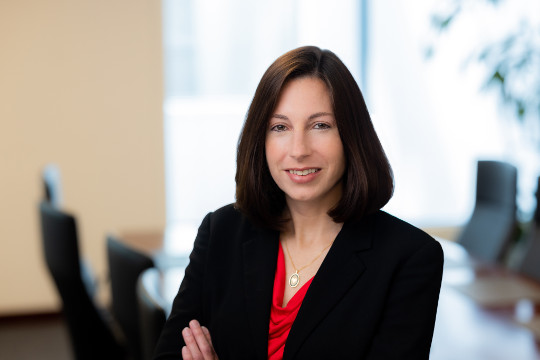 Kristen is appreciated for her unwavering commitment to her clients and their often specific needs and objectives. Kristen’s personal dedication to those she serves allows her to consistently respond quickly and with actionable solutions to requests and concerns. Over the course of her career, Kristen has recovered tens of millions of dollars on behalf of her clients, who value her acute ability to safeguard their assets and serve as a catalyst to achieving the best possible result.

Listed among Main Line Today’s “Top Lawyers” 2017 to present, Kristen thrives under the challenge of advocating her client’s position both in court and behind the scenes. She always strives to identify the appropriate argument in order to persuade judges in her client’s favor, which incorporates not only the critical elements of the law, but also the equities associated with any given matter. Her comprehensive understanding of creditors’ rights law, calming presence and effectual oral and written skill are key in delivering client satisfaction.

Having worked at the firm for over a decade, Kristen’s work ethic is enhanced not only by her determination, but also by her ability to establish relationships of trust across all fronts. Passionate about the law and litigation, Kristen remains focused on the cost-effective delivery of high-quality legal services.