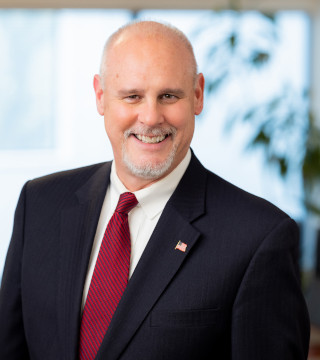 John K. Fiorillo has been elected President of the Chester County Bar Foundation (the “Foundation”) for the 2022 calendar year. He was elected during the Annual Membership Meeting which was held on December 2, 2021.

Said John: “I am honored to be elected to President of the Foundation and look forward to leading it in carrying out its mission to help Chester County citizens understand, gain access to and benefit from our legal system. In 2021, the Foundation donated $175,000 to 15 different organizations and programs including, Legal Aid of Southeaster PA, Domestic Violence Center of Chester County, Crime Victims Center of Chester County, and others. It is my goal to not only continue but to increase this support within our community.”

In his third decade of practice, John is the co-chair of the Litigation Department and chair of the Creditor’s Rights Department at Unruh Turner Burke & Frees. He is the first member of the firm to become President of the Chester County Bar Foundation. He also serves on the firm’s Executive Committee. John concentrates his practice in commercial litigation, creditor’s rights, business litigation and real estate tax assessments. He has been named to the Pennsylvania “Super Lawyers” list consecutively since 2010 and has been recognized as a “Top Lawyer” by Main Line Today magazine multiple times.

John has been a member of the Chester County Bar Association (the “CCBA”) since 1995 and served as its President in 2021. He served as a member of the Board of Directors from 2012 through 2014 and again from 2016 to the present and has served as Secretary, Treasurer, and Vice-President in the years leading up to being elected President of the CCBA. John is also a Zone 9 delegate to the Pennsylvania Bar Association House of Delegates. A graduate of the University of Pennsylvania, Wharton School of Business, John received his law degree from Villanova University’s Charles Widger School of Law. John is admitted to practice in Pennsylvania and New Jersey.